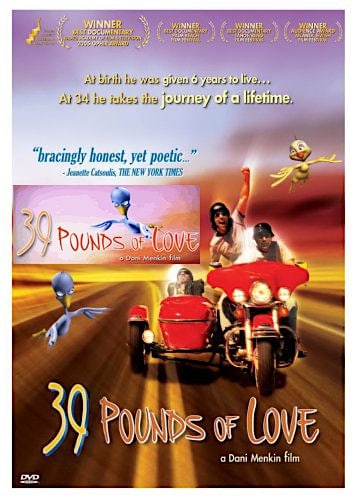 The story of Ami, who unable to move any part of his body, manages to move each of us, as he teaches us a part of life’s intimate dance.

AT BIRTH HE WAS GIVEN 6 YEARS TO LIVE…AT 34 HE TAKES THE JOURNEY OF A LIFETIME!

In celebration of the 20th anniversary, LAJFF in partnership with JLA Special Needs Trust presents a ONE-NIGHT-ONLY screening of

Q&A IN-PERSON with writer/director Dani Menkin and Asaf Shaul, producer and principle in the film!

Winner of Israeli Academy Award, Winner of Best Documentary at the Palm Beach Film Festival, Shortlisted for the Oscars and bought by HBO.

Made 20 years ago but timeless, 39 POUNDS OF LOVE is the heartwarming story of Ami Ankilewitz, an American-born Israeli who at the age of 1 was diagnosed with a rare form of Muscular Dystrophy that renders him immobile, except for one finger, which he uses to work as a 3D animator. His doctor predicted he’d die before the age of six. Over thirty years have passed and Ami, weighing only 39 pounds, still survives and “loves life”, he is considered one of the world’s greatest medical miracles. The film follows a riveting cross-country journey that Ami took with friends across the USA to look for the doctor who thought he wouldn’t survive.

Dani Menkin, who charmed festival goers with such crowd pleasers like “Picture Of His Life”, “Aulcie” and “On The Map” is returning for the 20th anniversary of this moving heartwarming documentary. 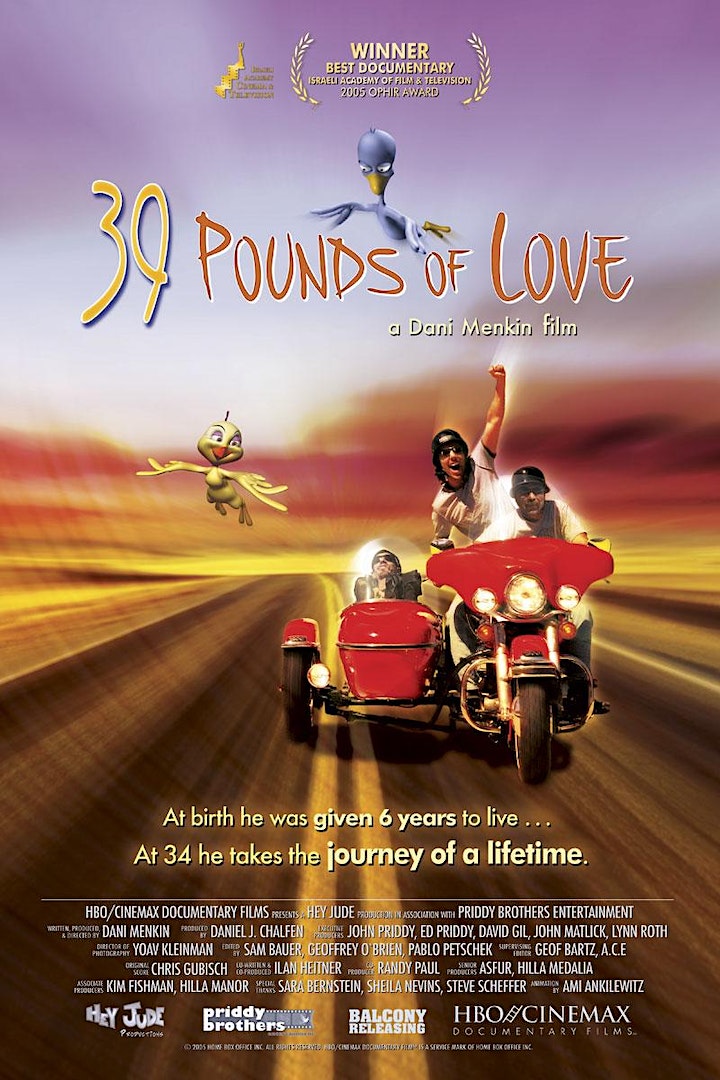