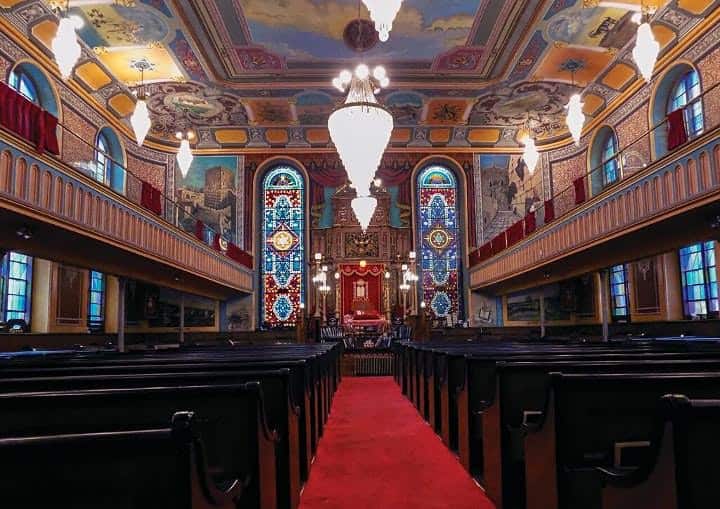 Visit the largest congregation on the LES, America’s most famous immigrant neighborhood, and learn why there is a lobster on the ceiling.

Join us for an evening tour of the magnificent Bialystoker Synagogue, which was built in 1826 as a Methodist Church, and believed to be a stop on the Underground Railroad. In 2016, Bialystoker was awarded 1 of 10 of America’s Most Beautiful, Inspiring, and Unique Synagogues by the National Trust for Historic Preservation.

Marvel at this synagogue, resplendent in colorful murals showcasing Tiffany inspired stained glass windows. See it’s ceiling covered with rare, hand-painted and treasured mazaales – representations of the signs of the zodiac. This is one of the few surviving examples left of what once were countless Eastern European synagogues boasting these depictions. Those synagogues (and their mazaales) were destroyed by Nazi forces. The Conservancy is the only touring organization with access to this site!

Find out why there is a lobster painted on the ceiling.

A portion of the proceeds are returned to the synagogue.

This sanctuary is large and holds 1,100 people, so there is plenty of room to spread out.

Tickets are $16, with an additional $3PP when bought at the door, -pending availability. 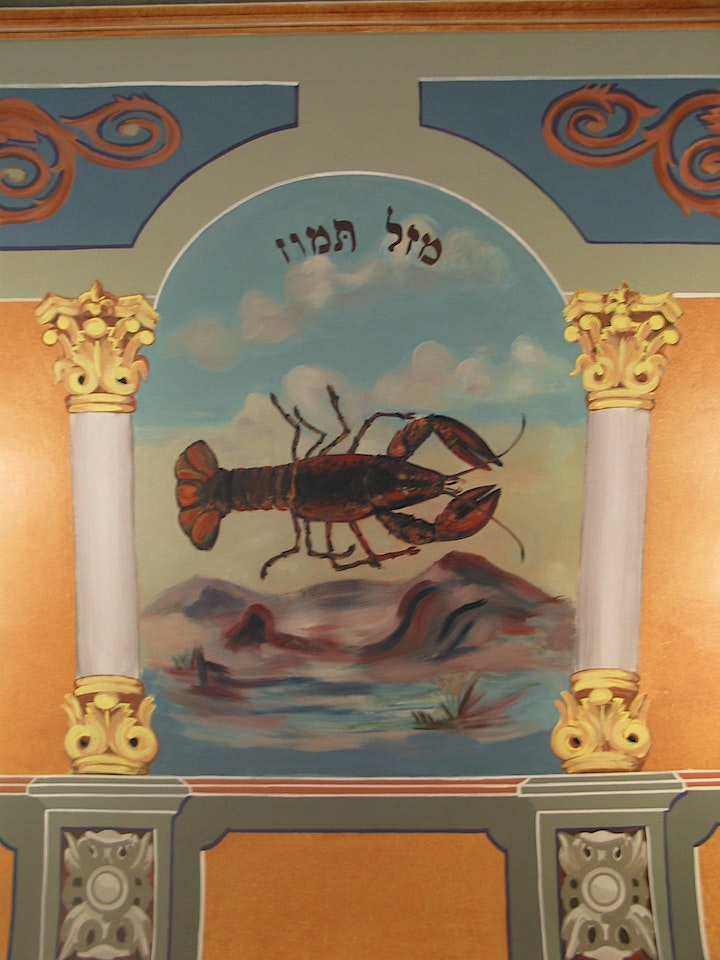