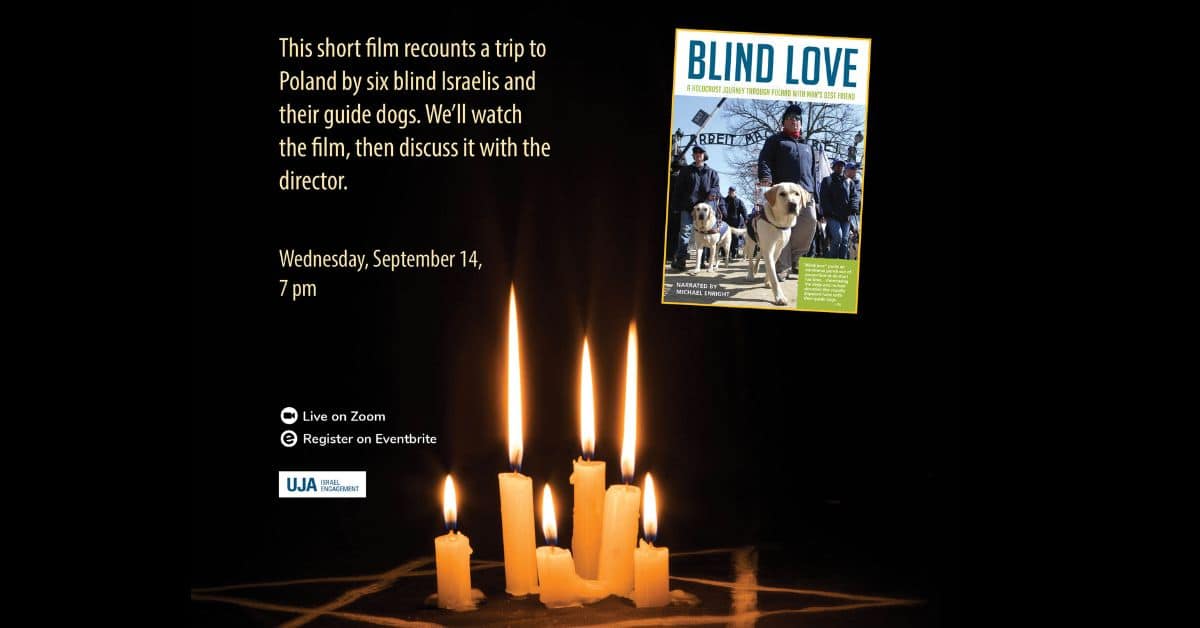 Blind Love recounts a trip to Poland of six blind Israelis and their guide dogs who took part in the annual March of the Living, where they visited once-thriving sites of Jewish life and culture.

On Holocaust Remembrance Day, the blind participants and their guide dogs marched from Auschwitz-Birkenau in memory of all victims of Nazi genocide and against prejudice, intolerance, and hate. The film poignantly captures the special bond between the blind individuals and their guide dog companions. Blind Love emphasizes the importance of building a society where everyone is cherished – young and old, strong, and weak, able and disabled – a world not filled with blind hate, but instead with blind love.

The film screening will be followed by a Q & A with March of the Living Director Eli Rubenstein.

For more than 30 years, Eli Rubenstein was National Director of the March of the Living an annual educational program that gathers thousands of youth in Poland and Israel to mark Holocaust Remembrance Day and Israel’s Independence Day. He is the founder of the March of Remembrance and Hope program, an educational initiative for university students of diverse faiths and backgrounds involving a visit to Holocaust sites in Germany and Poland. He is also editor of “For You Who Died I Must Live On…Reflections on the March of the Living”, the recipient of a Canadian Jewish Book Award.