Colonial roots and vibrant present: The Jewish heritage of Brazil 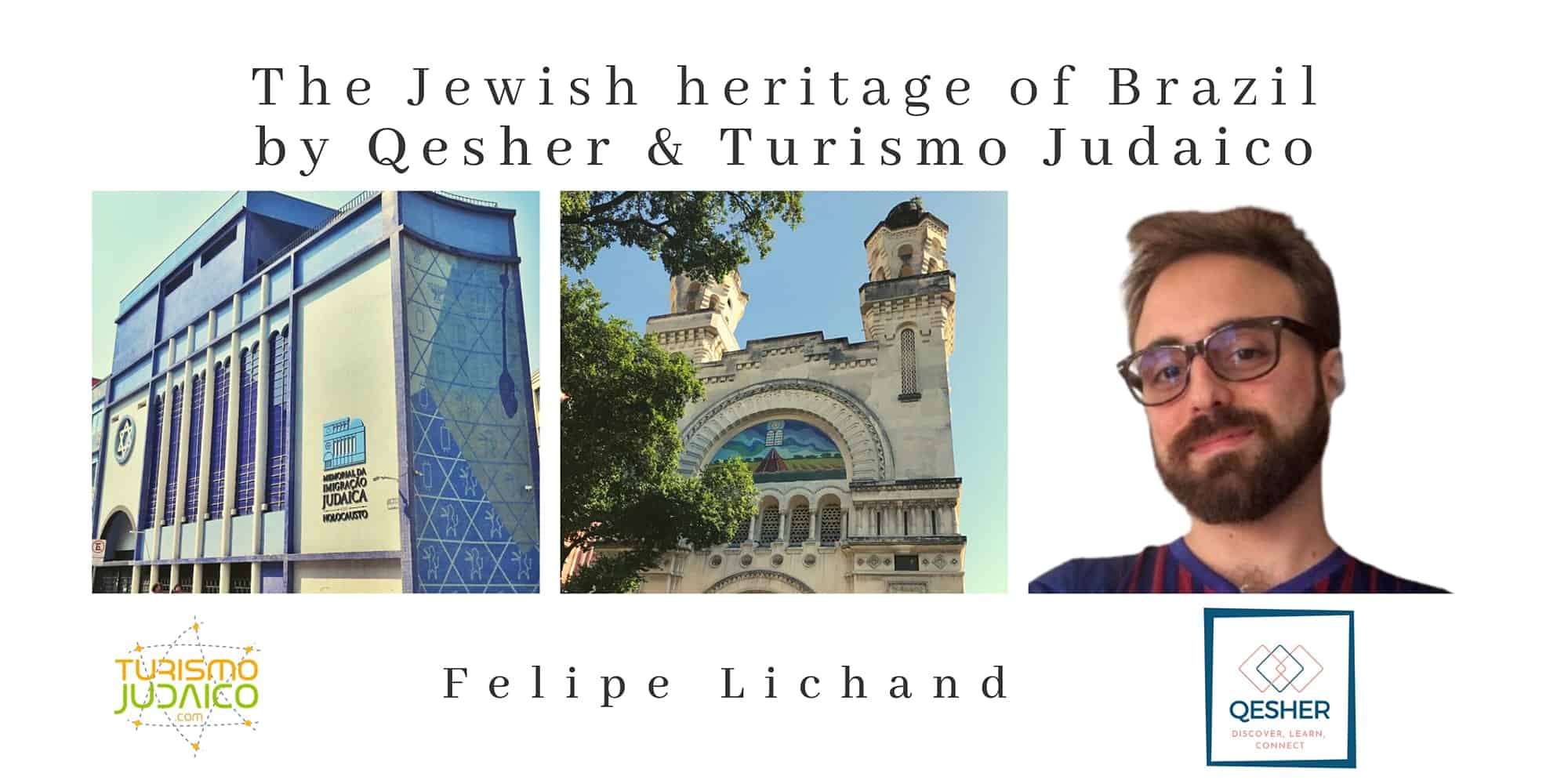 Join us for a dynamic interactive journey through the rich history of the Jews of Brazil.

Brazil is one of the countries that received the largest numbers of Jewish immigrants during the XX century, but the Jewish history in Brazil began long before, with Sephardic Jews arriving under Portuguese and Dutch colonial rule. Today this is one of the largest communities in Latin America, with a presence in different regions, each with distinct stories. The most well-known center is in São Paulo, but there are other important communities, such as Rio de Janeiro, Recife, Porto Alegre and Manaus, among others. In this talk we will introduce you to the Jewish history of Brazil from colonial times to the present. Travel with us to the most emblematic Jewish landmarks of Brazil’s main cities.

With your contribution you will also be donating to the Memorial of the Jewish immigration in São Paulo. 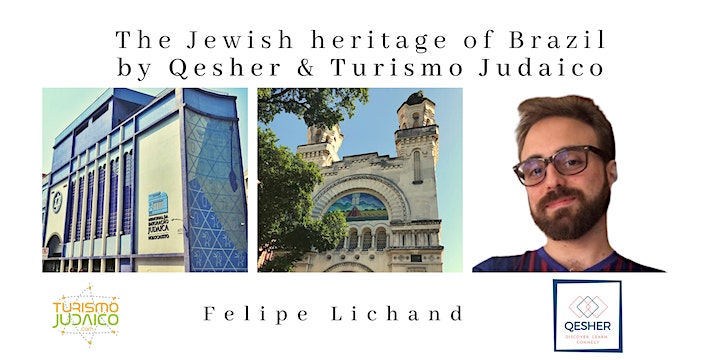 Felipe Lichand is a historian and an active member of the local Jewish community in São Paulo. As a boy he studied at the Talmud Torah School but his greatest connection with Judaism came through his involvement with the Jewish youth movement “Hashomer Hatzair”, in which he is part of the leadership. After returning to Brazil from a year in Israel, Felipe worked at an exhibition in the Holocaust Museum in São Paulo, which triggered his interest in Jewish history and heritage, and led him to receive a research scholarship in the subject. He joined the Judaic Tourism project in June 2019, becoming its coordinator in São Paulo & Santos. He really enjoys sharing his knowledge about the Jewish history of his country and connecting with other Jews around the world.