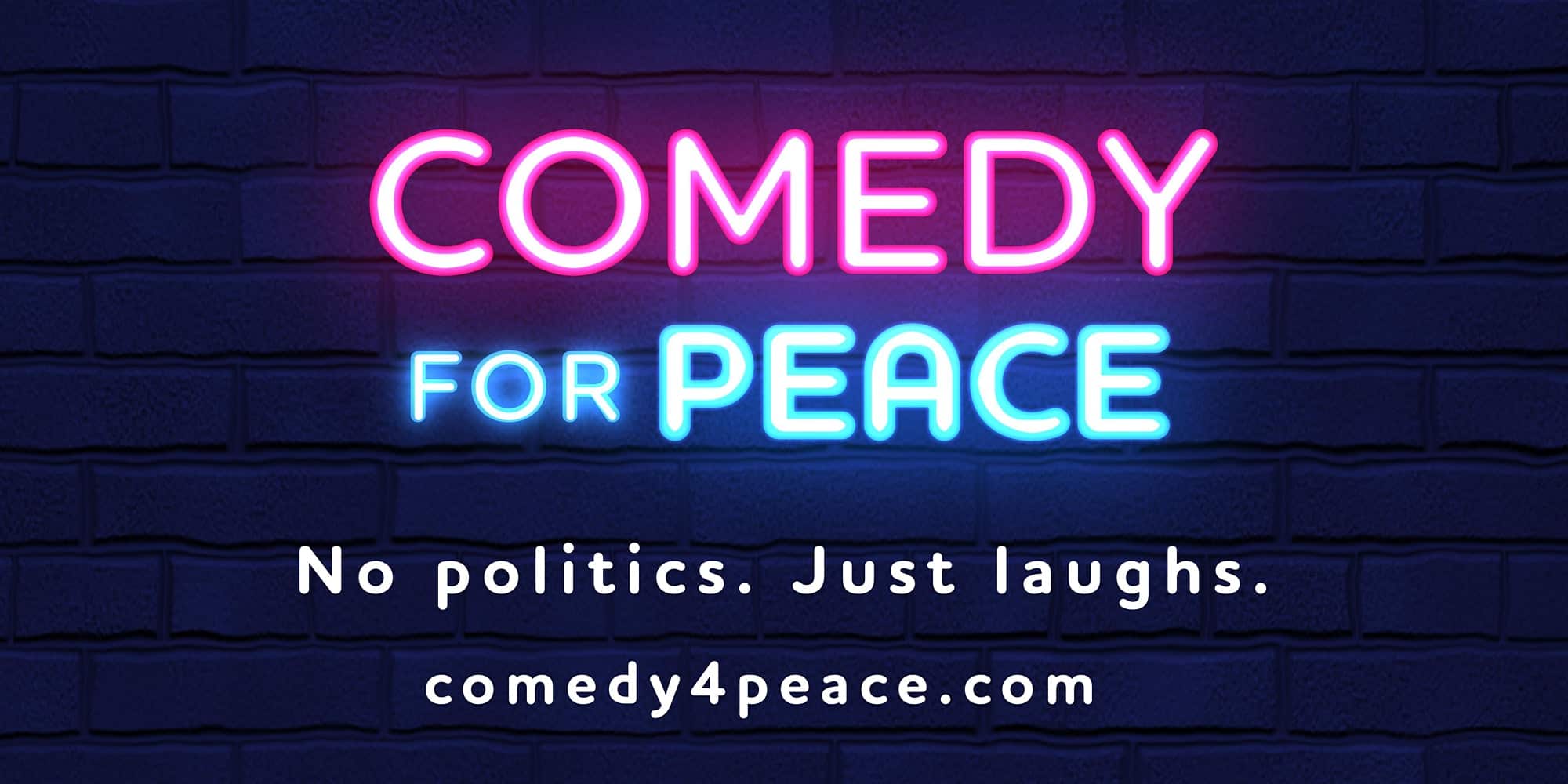 Comedy For Peace (est. March 2019) combining the best Muslim and Jewish stand-up comedians for an inspiring, funny and unforgettable evening. It is an accessible, funny, fun, and meaningful show that brings interfaith diverse communities together, with the belief that we can make a difference through the art of comedy. Our show is a relief from the concerns of the day, with an important message that we, the people, just want to live together peacefully. Our show proves Muslims and Jews can work together, laugh at themselves and each other and be friends. We refuse to be enemies! November 13, 7PM, for the first time after two years, will arrive in New York, for a special night at West Side Comedy Club. The performers- Usama Siddiquee (AGT) Raanan Hershberg (The Late Late Show With James Corden), Eman Morgan (“”Bridging the Gap”), Michelle Slonim (Comedy Central), Erik Angel (Comedy For Peace) Website- https://comedy4peace.com/

The project came back recently from a tour in Colorado, will go back to roads on January and had shows until today, in the East/West coast, Canada and over zoom. Don’t miss this uniqe one time evening in New York!! Early birds tickets for only $20 instead of $30 at the door.

A Muslim Bengali-American stand-up comedian and actor, based in New York. He most recently traveled to Montreal as one of the New faces at Just For Laughs in 2018, shortly after he was passed at the world famous Comedy cellar in New York. He participated in the last season of American Got Talent and did very well, and he is a rising star in the comedy world.

A loud, neurotic Jew from Louisville, KY. He recently made his national television debut on The Late Late Show with James Corden. In 2017, he was a finalist in StandUp NBC and The Laughing Skull Festival in Atlanta, GA. In 2018, he was a finalist in the Boston Comedy Festival. He regularly opens for Kathleen Madigan in sold out theaters across the country

A comedian and host of the podcast Fake the Nation. She’s also a regular on NPR’s Wait Wait Don’t Tell Me and a frequent co-host on Neil DeGrasse Tyson’s Star Talk and author of the book How to Make White People Laugh. Her TEDTalk has been seen over a million times. You can also see her in the last two seasons of HBO’s High Maintenance and her latest film, the romantic comedy 3rd Street Blackout is now streaming on NBC’s Peacock.

Eman Morgan is an Egyptian American stand-up comedian born & raised in Los Angeles and is now based in New York City. He’s featured in a Showtime Special “Bridging the Gap” and the feature film “Just Like Us” currently streaming on Netflix. In addition to performing stand up in English, he’s also performed stand up in Arabic in the middle east including Qatar, Jordan,Bahrain and Dubai.

New York based comedian, producer, writer and a mother. She’s been on web-shows for Comedy Central and HBO, did sketch on Late Night with Seth Myers, and when the world is healthy and open, she performs comedy most nights in New York City.

An Israeli comedian and the founder/producer of the Comedy for Peace Show. Born and raised in Israel, he is now based on the Upper West Side, and as a new transplant to New York, he is now dealing for the first time with the fact that he is a Jew, an immigrant, and that no one around him understands Hebrew. The last few years He performed in the United States, Canada, Europe and Israel.

You have a question? write to [email protected] NOTE: INDIVIDUAL COMEDIAN APPEARANCE SUBJECT TO CHANGE WITHOUT NOTICE