History of Mel Brooks, Parts One and Two 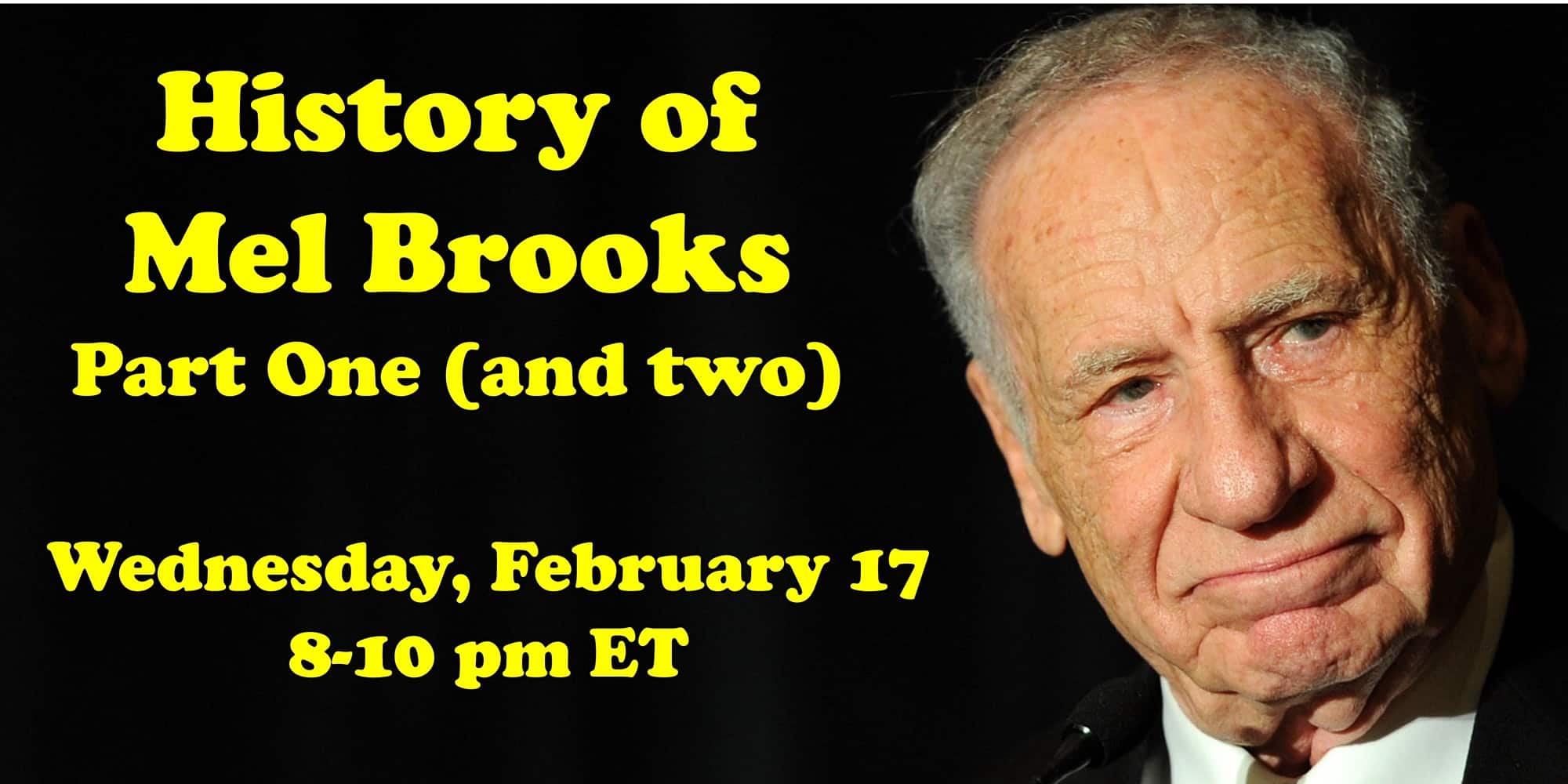 We’ll look at The Producers (film, musical, AND musical film); Young Frankenstein (film AND musical); Blazing Saddles; High Anxiety; History of the World Part I; and more. We’ll also look at earlier parts of his career including Get Smart and The 2,000-Year-Old Man.

Think about it: one of America’s greatest comic treasures is a nonagenarian Jewish actor, writer, and director whose snappy dialogue, vivid characters, and absurd situations can be recognized miles away.

What is YOUR favorite Mel Brooks? (It’s OK if it’s Spaceballs.) Which of his films have you not seen but want to know about?

David Benkof, The Broadway Maven, has been teaching Broadway and wider Jewish culture online for nearly a year. Every week, hundreds of students gain exposure to bits of American and Jewish culture they might have missed – especially in art they thought they already knew. David enjoys helping students see something the third time that they missed the first two times.

History of Mel Brooks Part One (and two) Meets Wednesday, February 17 from 8 pm to 10 pm ET.

Open to All Ages