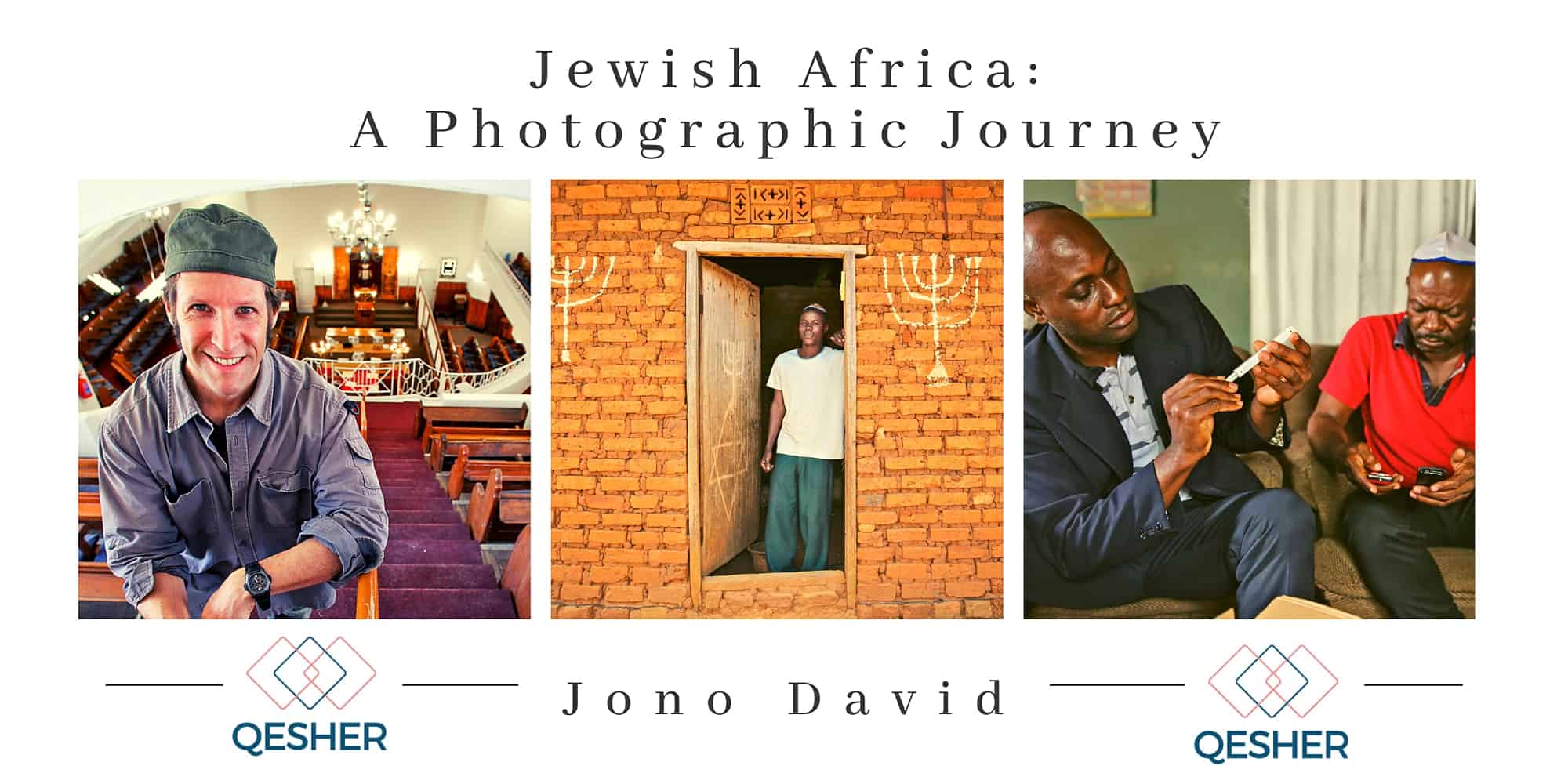 Since antiquity the Jewish people have had a presence in Africa, making some of its communities among the oldest in the world. In August 2012 and over the next 4 years, Jono David set out on a photographic journey across the continent with the aim to document the life, culture, and history of the Jewish people from one end of Africa to the other.

This interactive presentation delineates some of that work while taking viewers on a virtual journey through a photographic project that took me to 30 countries. The presentation will spotlight the emerging Black Jewish groups in Uganda, Cameroon, and Ghana as well as the historical Orthodox community of Djerba (Tunisia), Chabad-Lubavitch of Central Africa in Kinshasa, (Democratic Republic of Congo) and the Jewish community of South Africa.