Jewish Amsterdam: A Small Community with a Giant History 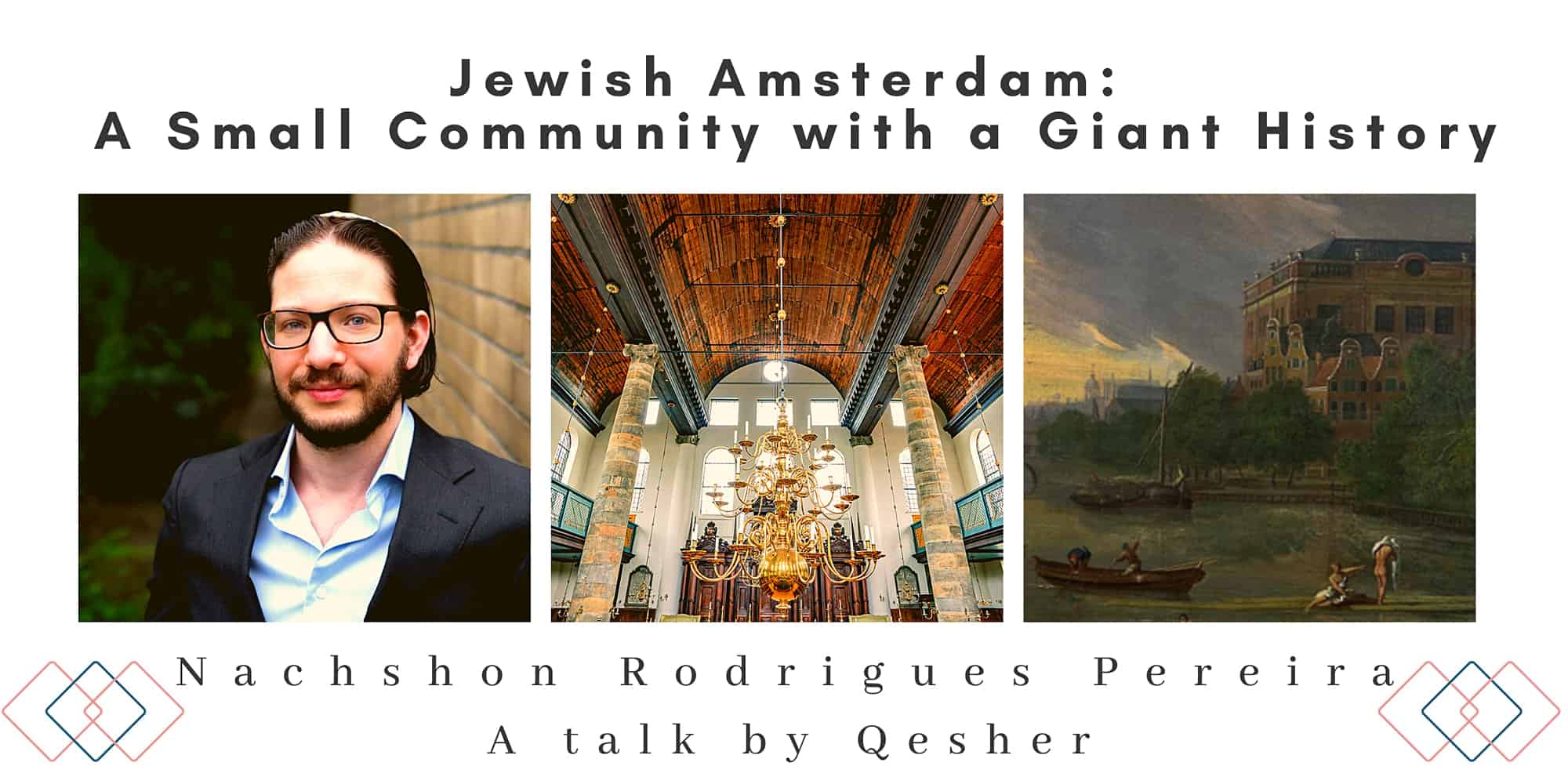 Nachshon Rodrigues Pereira, one of the few original Portuguese Jews left in Amsterdam, describes what Jewish Amsterdam looks like today and what it was like in the 17th century when this city was the center of the Jewish world: offering the best Jewish education, housing the biggest Rabbis and being home to the largest synagogue in the world. At that time, Amsterdam was one of the few cities in Europe that offered a substantial but limited freedom of expression, which allowed for a large part of Jewish history to take place here. It was the Jewish community of Amsterdam that excommunicated Spinoza and that was enchanted by the false messiah Shabtai Tsvi.

The Amsterdam Jews had a huge impact on the Dutch economy, infrastructure and the Dutch language. Find out how this community was shaped as a result of the Spanish Inquisition, and how, in its turn, it shaped its environment. How much of the community was lost during World War II (it was here where Anne Frank and her family had to hide in the secret annex) and what is left now of this historic community? A compelling journey embellished with music, visuals and anecdotes.

With your contribution you will also be donating to Bendigamos, a warm and welcoming community, and one of the few left in the world living according to the Spanish & Portuguese Sephardic traditions. Bendigamos is working hard to revive an almost extinct community, so that its rich and beautiful heritage can flourish again.