Jewish city tour of Riga, the hidden gem of the Baltic 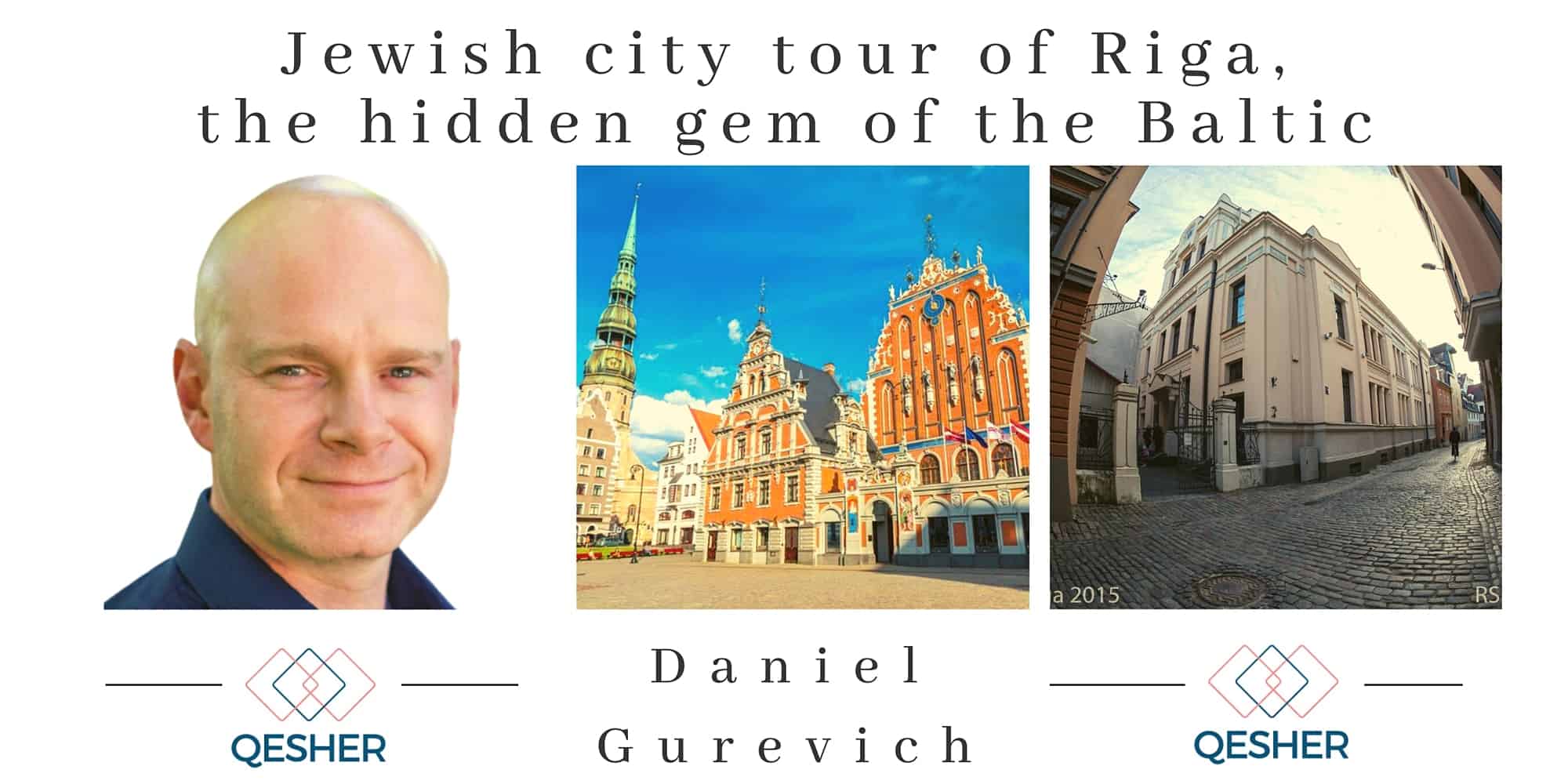 Join us for a virtual walking tour of Riga, once dubbed the ‘Paris of the North’, with our “Jewish Baltics” expert Daniel Gurevich. Latvia’s capital is an architectural gem of gothic, renaissance, baroque and Art Nouveau buildings, and its Old Town was declared a UNESCO Heritage site in 1997.

The Jewish history of Riga reaches as far back as the 13th century, but it wouldn’t be for at least 200 more years that Jews would make an economic impact. An interesting fact is that in the late 1920s, Riga became the center of the global Lubavitch movement due to its leader, R. Yosef Yitzhak Schneerson, who received citizenship and protection by the Latvian government after being exiled from the Soviet Union.

The city recently emerged from behind the Iron Curtain, and is still playing catch-up with the rest of western Europe. Contrasts abound. A five-minute walk from the historic Old Town will take you either to stunning Art Nouveau structures designed by Jewish architect Mikhail Eisenstein or to crumbling wooden houses, to a modern architectural masterpiece or to a brutalist soviet bloc. Come and discover this hidden gem with us.

With your contribution you will also be donating to the youth club ILAN in Vilnius. This local Jewish community organization does a great job bringing Jewish values to our children.