Jews of Argentina: “They sowed seeds and harvested doctors” 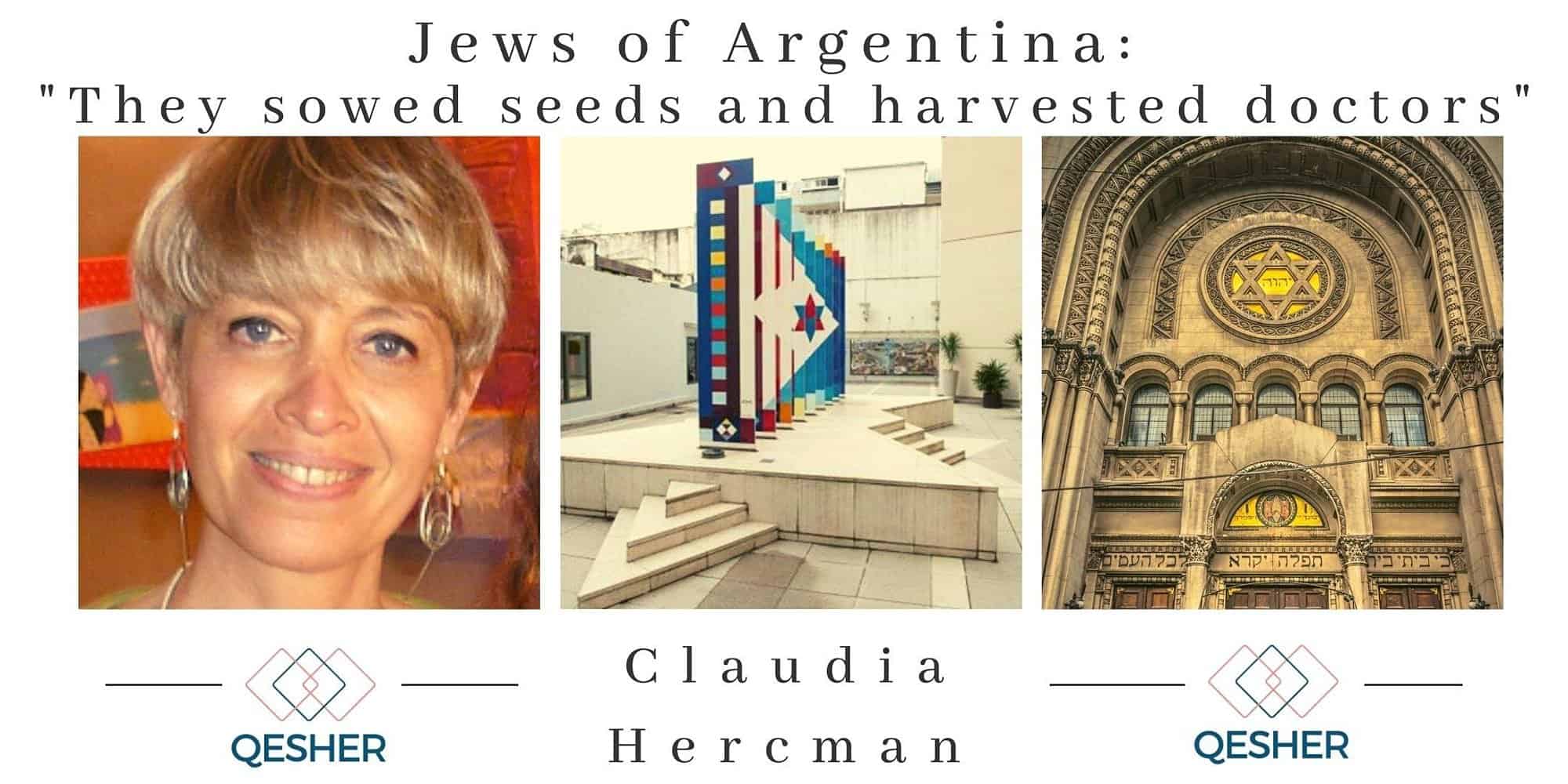 Join us for a dynamic interactive trip through Argentina’s rich Jewish heritage.

We invite you to a virtual tour of Jewish Argentina, the 6th largest Jewish Community in the world.

South America, and Argentina in particular, has always been a refuge for those who fled from the Inquisition in Spain and Portugal, the pogroms in Russia and the Holocaust in Europe.

We will learn about the first Jewish immigrants, who settled in the rural areas and gradually moved to the cities.

Simon Wiesenthal said that Argentina was the Cape of Last Hope for Nazi criminals. Was that true? What was going on in Argentina during and after the Holocaust?

In the 60s there were half a million Jews in Argentina, now there are only 220,000. What happened to those who left and those who remained?

We will answer these questions and many others, and you will learn about the political, economic and social crises Argentina went through, including the two terror attacks the Jewish Community suffered in Buenos Aires.

Finally, if you want to find out more about the life of a Jew in Argentina today, you will have the chance to ask any questions you may have.

10% of the profits will be donated to the Museum of the Jewish Colonies in Villa Dominguez. This center is dedicated to the preservation and exhibition of the rich material and documental testimony of the Jewish agricultural colonies founded by Baron Maurice de Hirsch through his Jewish Colonization Association in the Argentinian province of Entre Ríos, in which thousands of Russian Jews settled between the late XIX and early XX centuries. 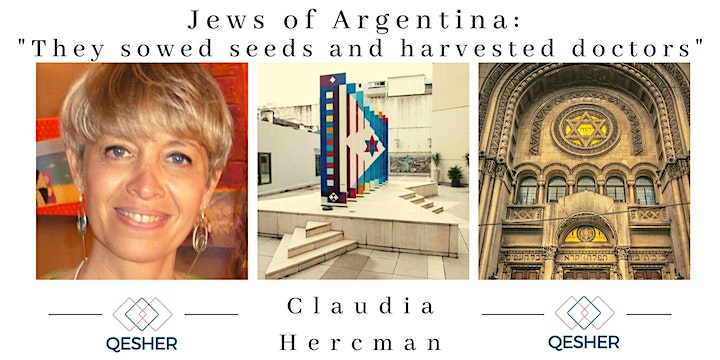 Claudia Hercman is an Argentinian tour guide and translator. She is also a sculptor and painter, whose main subjects are Memory and Uprooting, in honor of her four grandparents who emigrated from Poland to Argentina in the ´30s.

Claudia was born and raised in Buenos Aires, into the Argentinian Jewish community. Twenty years ago, she became bored of translating books with a computer as her only company, so she decided to study tourism and history. She has been conducting city, art and Jewish tours ever since, and enjoying every single moment of it. And then, 2020 arrived, and with it the pandemic, which forced her to go back to spending time with her computer. So, she decided to create these virtual Jewish tours as an excuse to be able to talk to people and meet new friends from all over the world, while helping them explore the history of the Jews in Argentina.