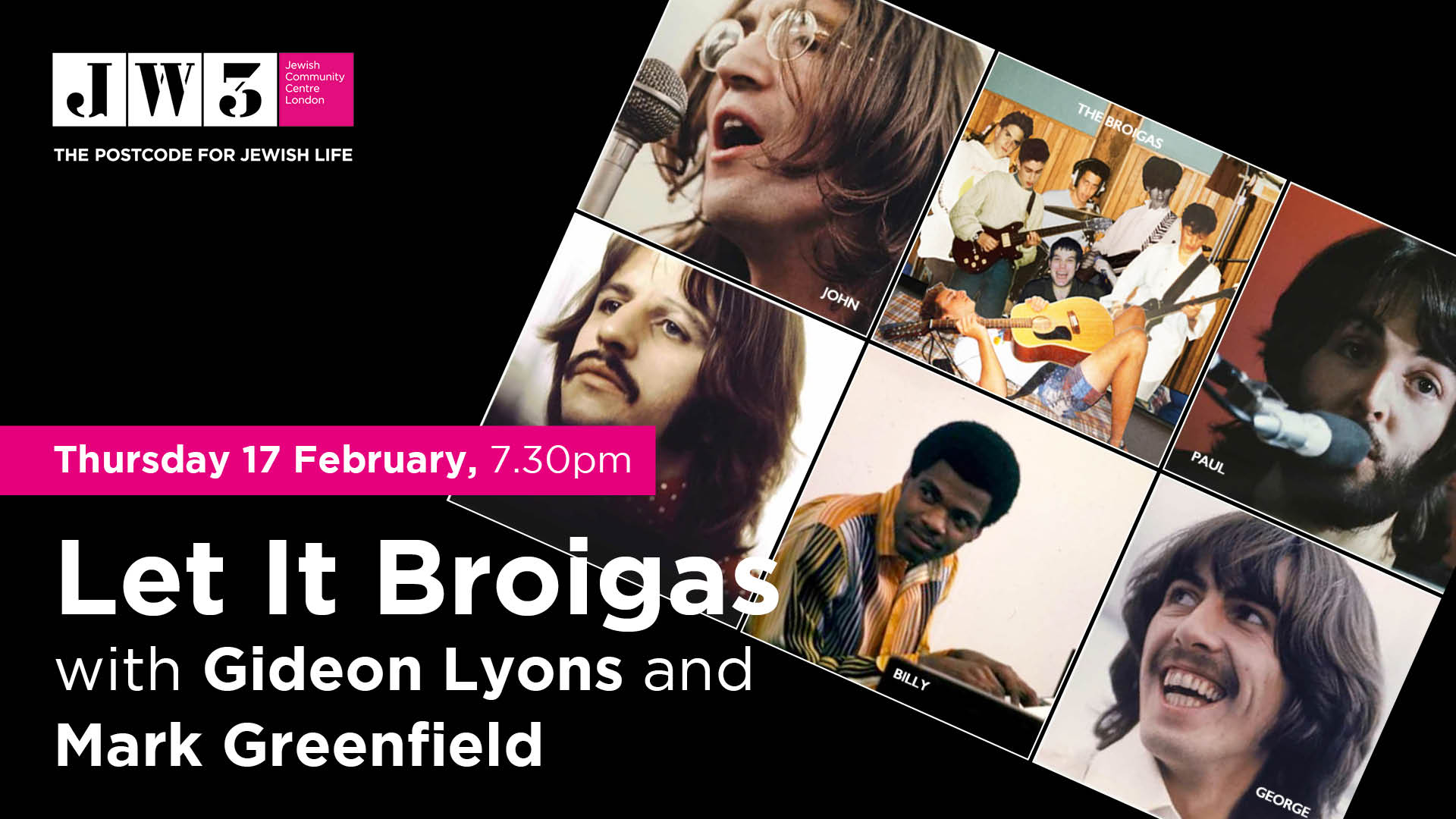 The Broigas return to JW3 hot off their glorious victory in the Battle of the Dads bands 2018, with a celebration of the classic Beatles album, Let it Be, which was to be the Beatles last release.

It stands apart because of its stripped back live feel, known as the ‘Get Back’ sessions. The album featured Billy Preston, a soul and gospel artist in his own right, on organ and keys. Had the Beatles carried on he may have become a fully fledged member of the band. It was a time which saw numerous rows and a band on the verge of break up. The sessions not seen as viable were shelved until after the eponymous Abbey Road had been made and released to huge critical acclaim.

The Broigas will be performing the Let it Be album in its entirety, followed by a selection of their favourite Beatles tracks from 1966-1970.