National Menorah on the Ellipse 2022 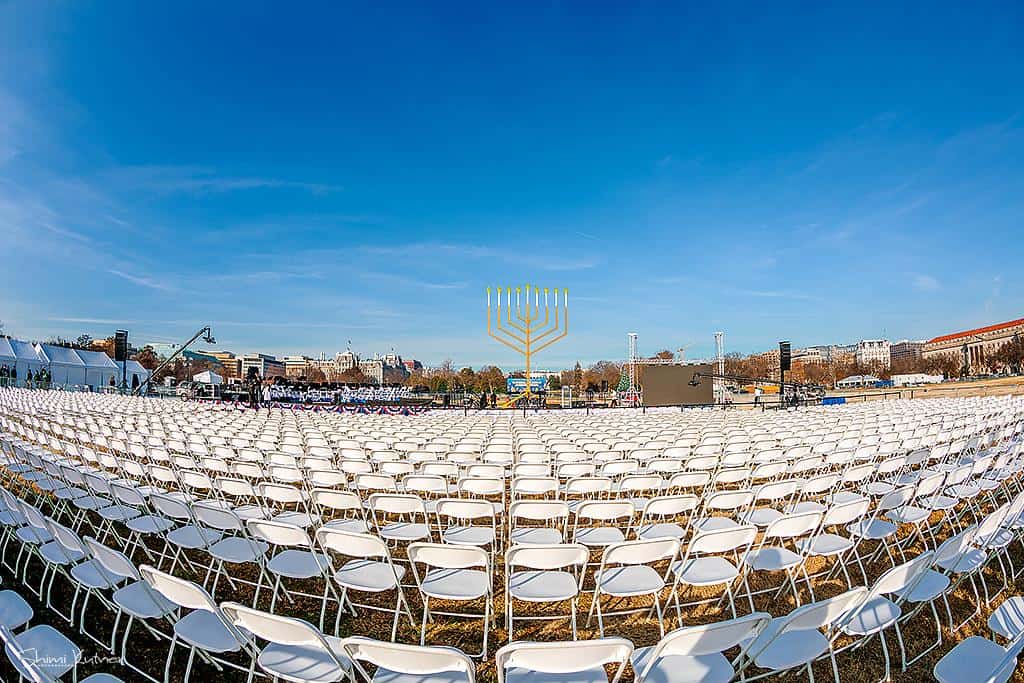 Perhaps the most prominent public Chanukah program in the world is the annual lighting ceremony of the National Chanukah Menorah on the Ellipse, just across from the White House in Washington, DC.

The lighting of this magnificent menorah – the world’s largest – is attended by thousands every year and seen via TV newscasts, internet feeds and other media by tens of millions across the nation and around the world.

Indeed, this menorah has become a premier national and even international symbol of the festival of Chanukah, inspiring many communities across the globe to sponsor more and greater public menorah lighting ceremonies of their own. After all, this is the essence of the celebration – to increasingly proclaim and celebrate the miracle of Chanukah – The Festival of Lights, in the most public manner possible.

In this way, we actively reaffirm the celebration of our freedom, inspired by the historic and present victory of right over might, light over darkness, and understanding and justice over intolerance and bigotry.

An opportunity to support this completely privately sponsored program is available when obtaining your (free) tickets.