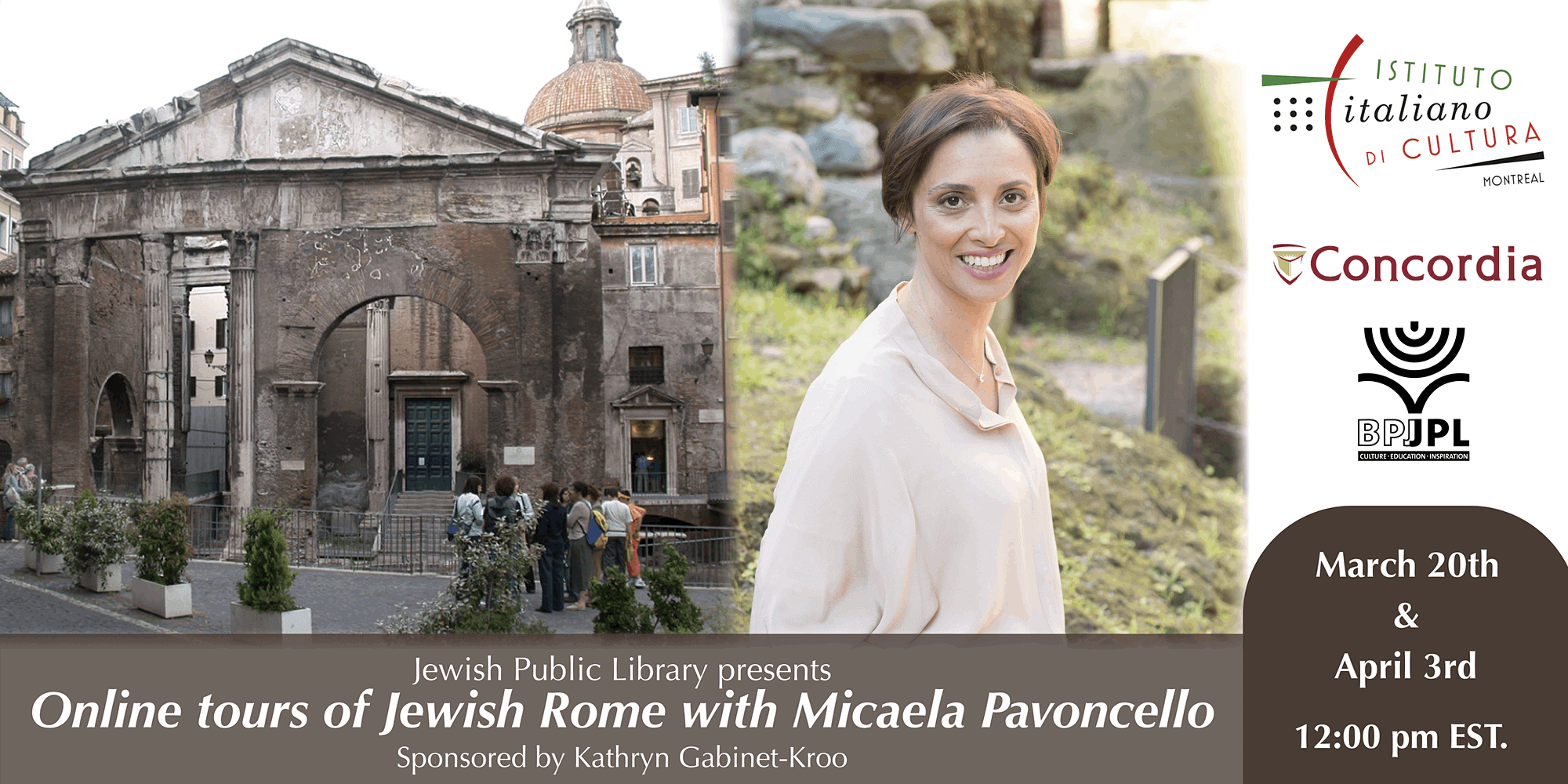 The first session will cover the origins of the Jewish community of Rome, the Roman Ghetto, and the emancipation. The second session will explore the rise of fascism, World War 2, the Nazi occupation and deportations.

Pavoncello will also talk about current Jewish life in Rome, and the challenges its populations face in the immediate future.

Micaela Pavoncello was born in Rome and has lived there for all except for brief periods in Argentina and Israel. She studied art history and while she has travelled extensively, her love for Jewish Rome is unabiding.

She founded Jewish Roma Walking Tours in 2003 following a degree in art history and worked as a researcher at the Archivio Centrale dello Stato, and has overseen exhibitions where she had the opportunity to meet artists, collectors, curators, and visitors from all over the world.

In collaboration with The Consulate General of Italy in Montreal, The Italian Cultural Institute of Montreal, and Concordia University, Department of Classics, Modern Languages and Linguistics.