STRAIGHT OUT OF BROOKLYN – a New Zoom talk 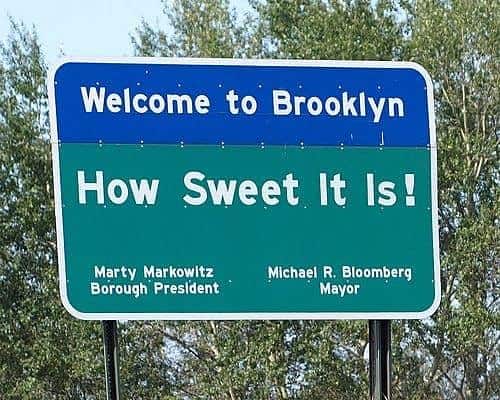 Join us for this new presentation on Zoom that talks about our biggest Borough, Brooklyn, and the Jewish entertainers that called it home.

What is it about Brooklyn that has made it show business’s most fertile breeding ground for so many of the world’s most talented Jewish entertainers? Discover the colorful, culturally rich neighborhoods of Coney Island, Prospect Park, Flatbush, Brooklyn Heights, Bay Ridge and Bed-Stuy, which have given us the likes of Adam Sandler, Joan Rivers, Phil Silvers, Barbra Streisand, Harvey Keitel, Marvin Hamlisch, Lena Dunham, Woody Allen, Mel Brooks, Elliott Gould, Jerry Goldsmith, Debra Messing and many more.

We also look at the indelible image of Jewish Brooklyn as portrayed in film and television over the years.

This talk will be given by film historians Irv Slifkin and Laurence Lerman, the founders of FilmShul, which focuses on the history and role of Jews involved in the field of entertainment – since much of the industry’s success can be attributed to their association with it since its earliest days. The role of FilmShul is to reflect on and relate to the American Jewish experience, allowing attendees to be informed, entertained, as well as recognize the valuable contributions made by entertainment innovators of the Jewish faith.

This presentation will last approximately 75 minutes followed by time for Q & A.