The Jewish Astronaut Who is Out of This World 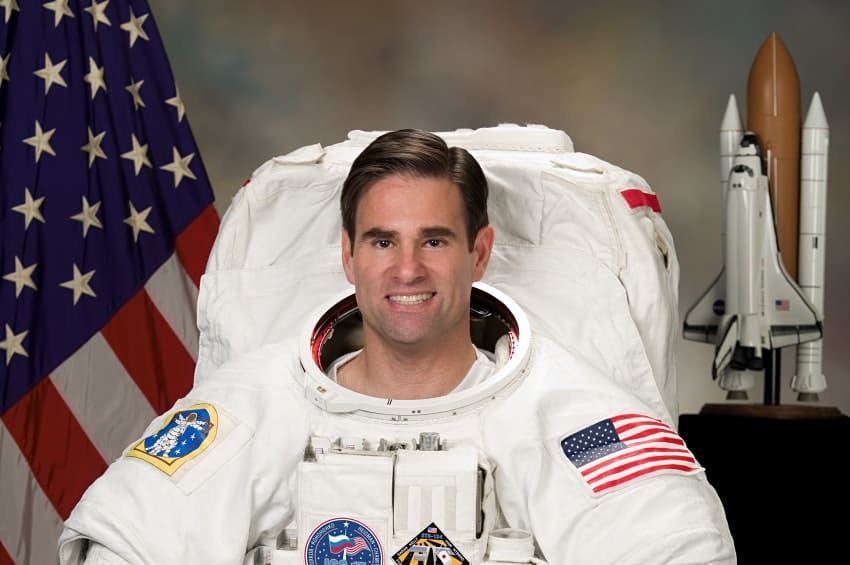 NASA Astronaut, Dr Gregory Chamitoff will tell us about his two missions to the International Space Station, his space walks and research.

Dr. Gregory E. Chamitoff, originally from Montreal, Canada, served as a NASA Astronaut for 15 years, including Shuttle Missions STS-124, 126, 134 and Space Station long duration missions Expedition 17 and 18. He lived and worked in Space for almost 200 days as a Flight Engineer, Science Officer, and Mission Specialist. His last mission was on the final flight of Space Shuttle Endeavour, during which he performed two spacewalks, including the last of the Shuttle era, which also completed the assembly of the International Space Station.

In Mission Control, Greg served as a flight controller and later as Lead CAPCOM in support of ongoing missions. He earned his B.S. in Electrical Engineering from Cal Poly, M.S. in Aeronautics from Caltech, and Ph.D. in Aeronautics and Astronautics from MIT. He also holds a minor and a Masters in Planetary (Space) Science.

A recipient of two NASA Spaceflight Medals and the NASA Exceptional and Distinguished Service Medals, Greg was inducted into the California Space Authority Astronaut Hall of Fame. He serves as the Board Chair for the Texas Space Grant Consortium and is an AIAA Associate Fellow and is the Zachry Chair Professor of Practice in Aerospace Engineering, and Director of the AeroSpace Technology Research & Operations (ASTRO) Laboratory at Texas A&M University. His research includes space robotics, autonomous systems, and the development of collaborative VR simulation environments for space system engineering and mission design.

Greg is also the cousin of AJR’s Karen Diamond!

The Association of Jewish Refugees (AJR)

The Association of Jewish Refugees (AJR)