The Matzah Ball Launch with Jean Meltzer and Debbie Macomber! 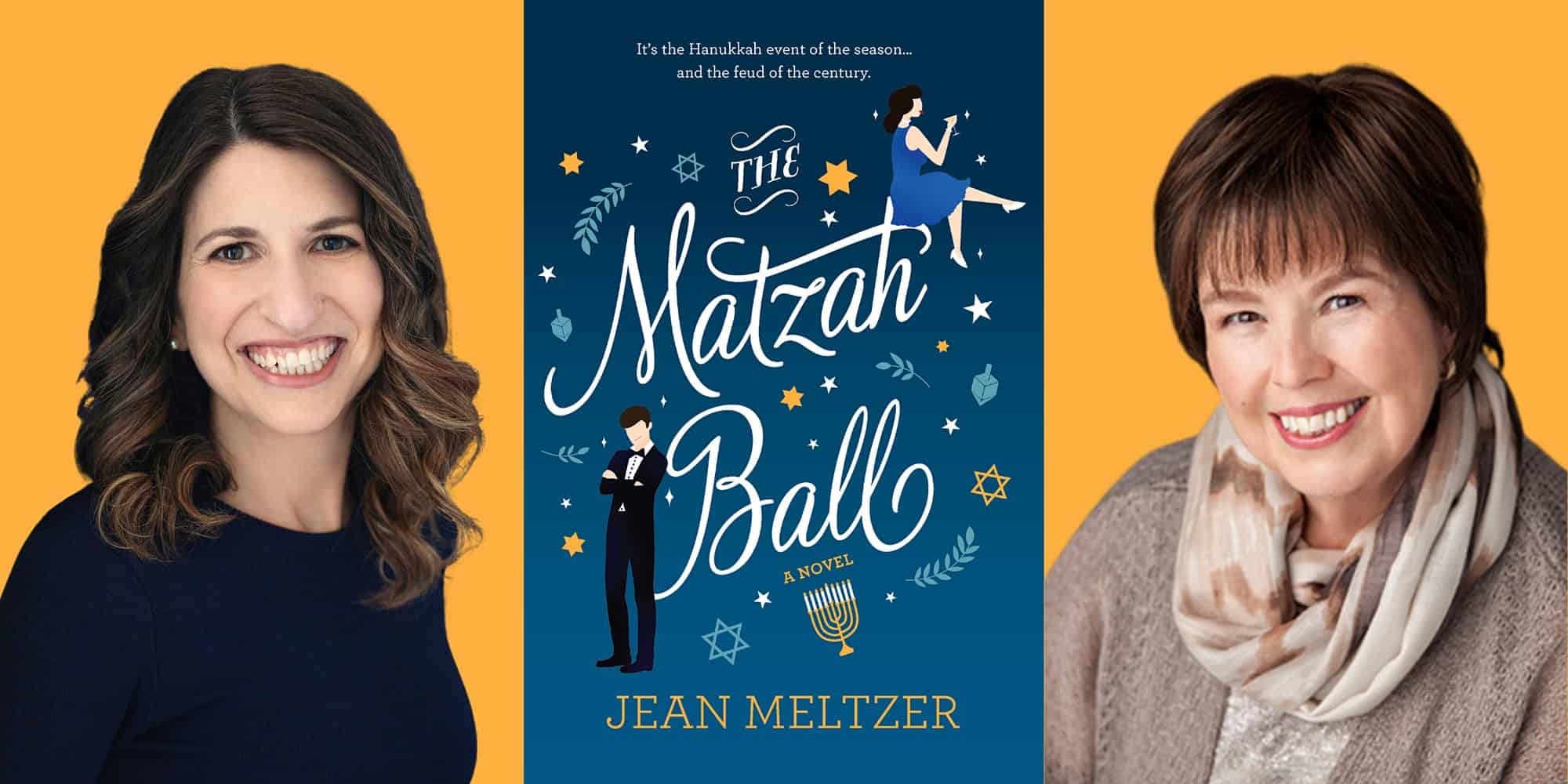 Lovers of holidays and Rom-Coms unite! Jean and Debbie will be talking all things holiday love and celebrating the launch of Jean’s Hanukkah rom-com, The Matzah Ball!

Oy! to the world

Rachel Rubenstein-Goldblatt is a nice Jewish girl with a shameful secret: she loves Christmas. For a decade she’s hidden her career as a Christmas romance novelist from her family. Her talent has made her a bestseller even as her chronic illness has always kept the kind of love she writes about out of reach.

But when her diversity-conscious publisher insists she write a Hanukkah romance, her well of inspiration suddenly runs dry. Hanukkah’s not magical. It’s not merry. It’s not Christmas. Desperate not to lose her contract, Rachel’s determined to find her muse at the Matzah Ball, a Jewish music celebration on the last night of Hanukkah, even if it means working with her summer camp archenemy—Jacob Greenberg.

Though Rachel and Jacob haven’t seen each other since they were kids, their grudge still glows brighter than a menorah. But as they spend more time together, Rachel finds herself drawn to Hanukkah—and Jacob—in a way she never expected. Maybe this holiday of lights will be the spark she needed to set her heart ablaze.

Jean Meltzer studied dramatic writing at NYU Tisch and has earned numerous awards for her work in television, including a daytime Emmy. Like her protagonist, Jean is also a chronically-ill and disabled Jewish woman. She is an outspoken advocate for ME/CFS (Chronic Fatigue Syndrome), has attended visibility actions in Washington DC, meeting with members of Senate and Congress to raise funds for ME/CFS. She inspires 9,000 followers on WW Connect to live their best life, come out of the chronic illness closet, and embrace the hashtag #chronicallyfabulous. Also, while she was raised in what would be considered a secular home, she grew up kosher and attended Hebrew School. She spent five years in rabbinical school before her chronic illness forced her to withdraw, and her father told her she should write a book―just not a Jewish one because no one reads those. The Matzah Ball is her first novel.

Debbie Macomber is a #1 New York Times bestselling author and one of today’s most popular writers with more than 200 million copies of her books in print worldwide. In her novels, Macomber brings to life compelling relationships that embrace family and enduring friendships, uplifting her readers with stories of connection and hope. Macomber’s novels have spent over 1,000 weeks on the New York Times bestseller list. Thirteen of these novels hit the number one spot.

Celebrated as “the official storyteller of Christmas”, Macomber’s annual Christmas books are beloved and five have been crafted into original Hallmark Channel movies. Macomber is also the author of the bestselling Cedar Cove Series which the Hallmark Channel chose as the basis for its first dramatic scripted television series. Debuting in 2013, Debbie Macomber’s Cedar Cove was a ratings favorite for three seasons.

She serves on the Guideposts National Advisory Cabinet, is a YFC National Ambassador, and is World Vision’s international spokesperson for their Knit for Kids charity initiative. A devoted grandmother, Debbie, and Wayne live in Port Orchard, Washington, the town which inspired the Cedar Cove series.