The Tailor Project: a Panel Discussion 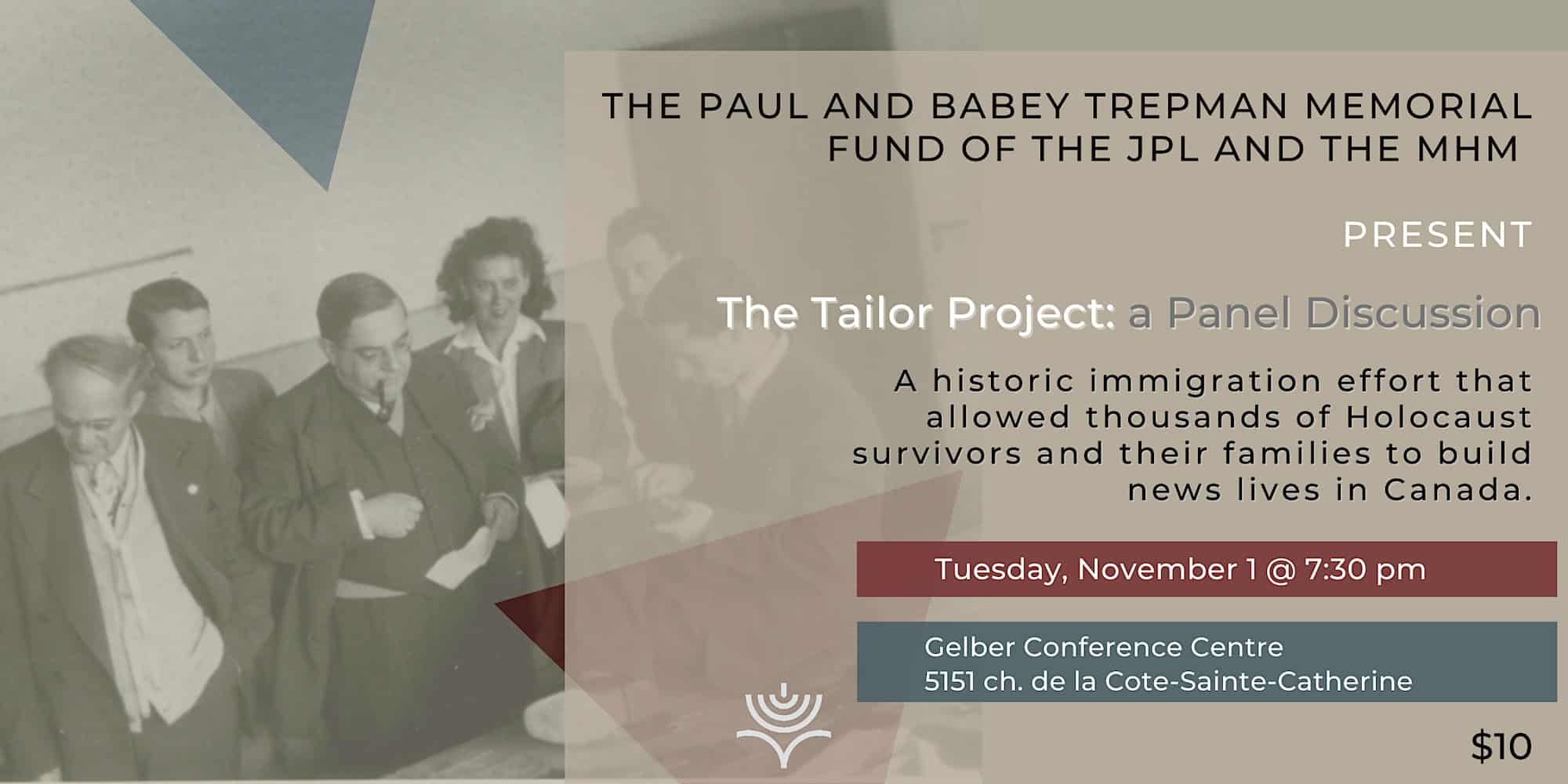 A historic immigration effort that allowed thousands of Holocaust survivors and their families to build news lives in Canada.

The Tailor Project: a Panel Discussion

In the aftermath of WWII, the Canadian government granted entry to skilled workers in displaced persons camps. The Canadian Jewish Congress and predominantly Jewish textile industry devised a plan known as the Tailor Project, or Garment Workers Scheme, claiming an urgent need for tailors. They received approval to recruit in Europe’s DP camps despite the government’s quota that only 60% of the 2,100 selected tailors could be Jewish.

In 2020, The Tailor Project book was published, shedding light on the stories of the tailors, their contributions to Canadian society, and the legacy of their families. These stories of incredible resilience are a reminder of the responsibility of individuals, communities, governments, and industries to defend the human rights of refugees and promote respect for diversity.

This special event will feature a panel discussion with Dr. Paula J Draper, historian and educator specializing in memory history, Paul Klein, CEO and Founder of Impakt Labs who conducted research into the lives of the tailors, as well as descendants of the tailors.