Wolf Blitzer:Fact vs Fiction: The Media’s Role in Combating Misinformation 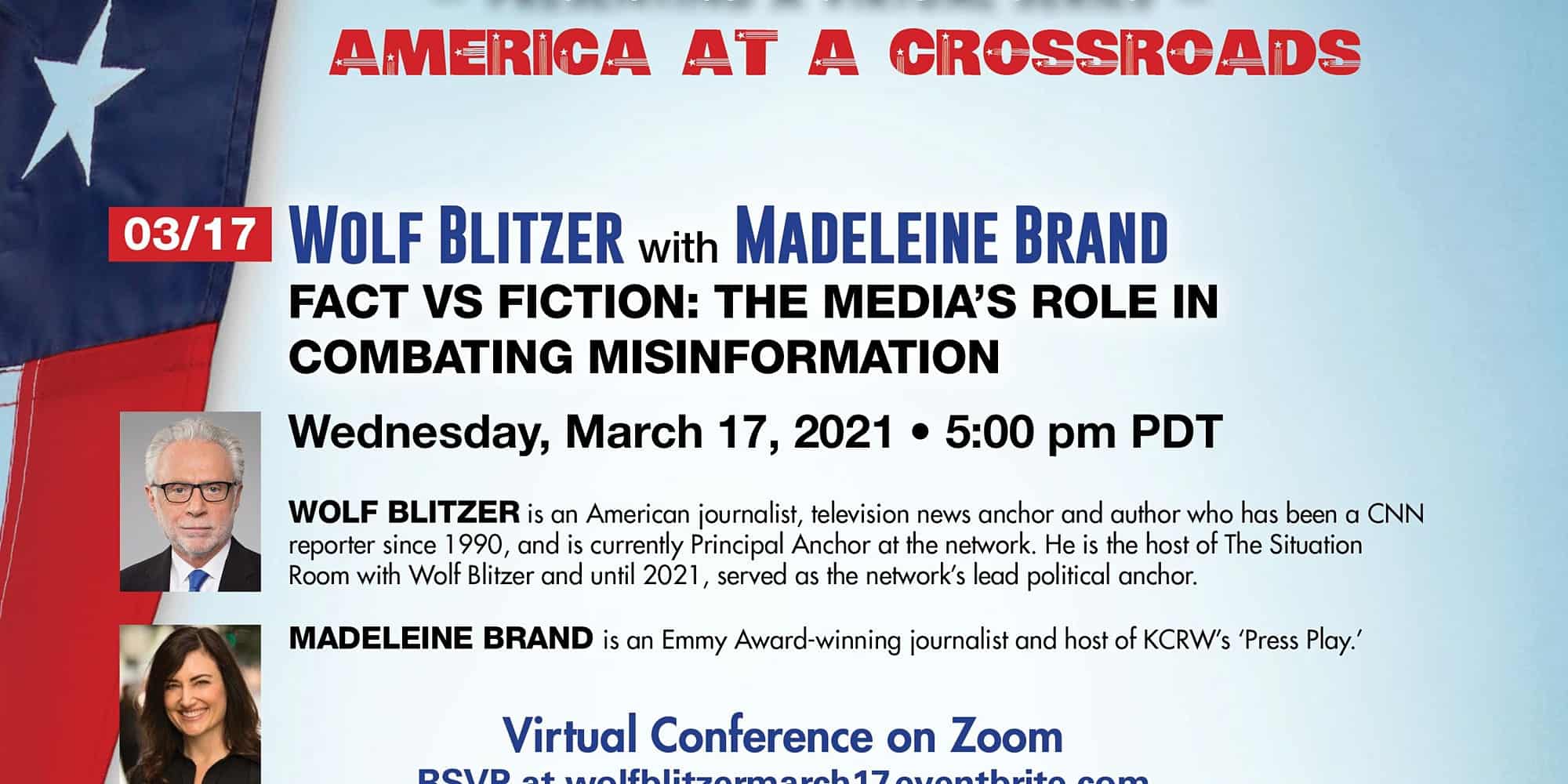 Wolf Blitzer is an American journalist, television news anchor and author who has been a CNN reporter since 1990, and is currently Principal Anchor at the network. He is the host of The Situation Room with Wolf Blitzer and until 2021, served as the network’s lead political anchor.

Wolf Blitzer was born in Augsburg, Germany in 1948, during post-World War II Allied occupation; his parents were Polish Jewish refugees from German-occupied Poland who survived the Auschwitz concentration camp. His grandparents, two uncles, and two aunts on his father’s side all died there. Blitzer and his family emigrated to the United States under the provisions of the 1948 Displaced Persons Act. Wolf received a Bachelor of Arts in history from the State University of New York at Buffalo and a Master of Arts in International Relations from the Johns Hopkins University School of Advanced International Studies. While at Johns Hopkins, he studied abroad at the Hebrew University of Jerusalem.

Madeleine Brand has won countless awards as a broadcast journalist; she is the host of the award-winning NPR daily news and culture show, Press Play on which she covers national, international and local stories.