A Journey Through the Jewish Heritage of Hungary 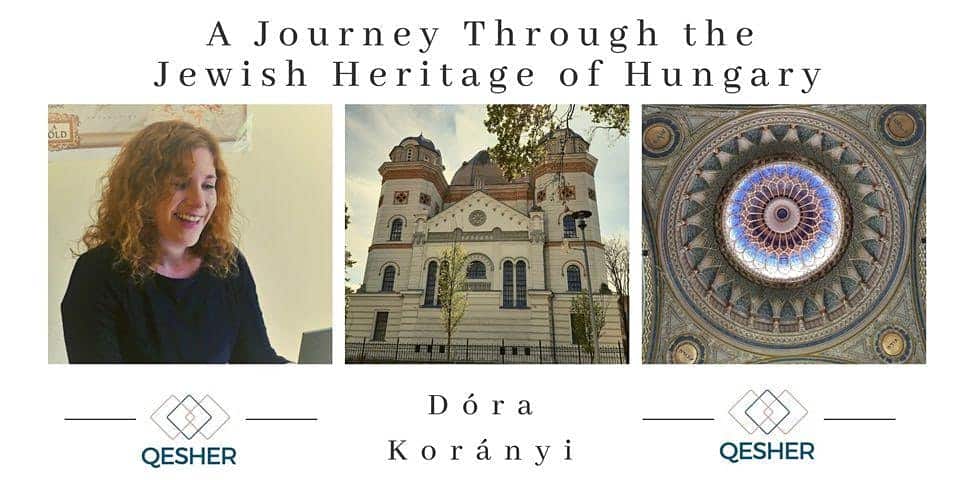 Join us for a virtual journey through today’s Hungary and discover the rich Jewish heritage still to be found in so many villages and cities. By visiting synagogues, cemeteries and museums we will discover the very early remains, from Roman times to the Middle Ages. We will find remnants from the Ottoman empire and witness the growth of the Ashkenazi community under the Austrian Monarchy. In this unique journey we will explore what survived after the Holocaust and the fall of communism. 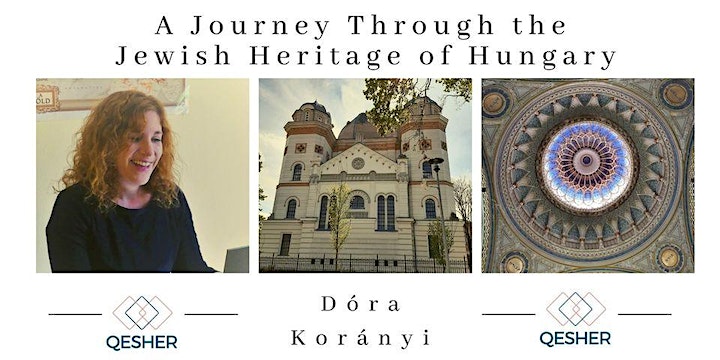 Dóra Koranyi, co-creator of Qesher, works as a psychologist and has guided culture walks in the Jewish quarter of Budapest for several years now. After completing her studies in Israel, she has returned to Hungary. While completing her master’s she worked actively in different Jewish organizations in Budapest, as project coordinator of youth programs, and also took an active role in a grassroot, egalitarian Jewish community for young Jews in Budapest.