The Jews of Belarus: From the Pale of Settlement to the USSR and Beyond 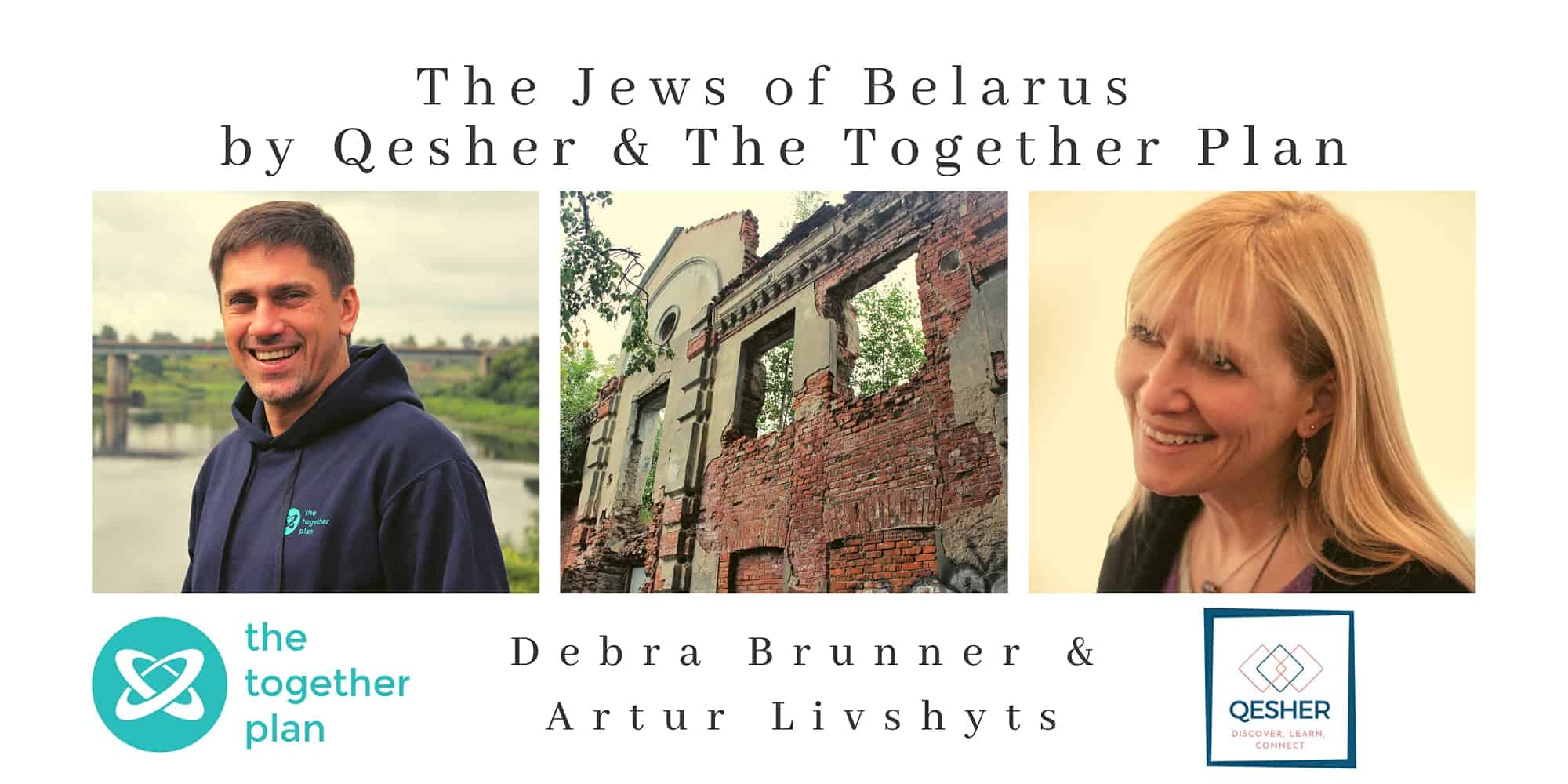 Belarus’ Jewish story is rich, vital, traumatic, fascinating and barely spoken of. The modern country of Belarus can trace its origins to Slavic peoples who entered the area in the early Middle Ages. The territory was ruled at different times by Lithuania, Poland and Russia. It was invaded by Nazis in 1941 and with redefined post-war borders it came under the rule of the Soviet Union as a territory within the USSR until 1991. This talk will give a snapshot of the history of the Jewish people of Belarus, the legacy on the Belarusian Jewish community of today, and an insight into the building of Jewish Cultural Heritage Trail under development, a new project initiated by The Together Plan Charity.

With your contribution you will also be donating to the The Together Plan, a small charity with a big vision – to put Jewish Belarus back on the world map and help isolated Jewish communities find their voice and learn skills for self-development.

Debra Brunner is originally from London and has been working in Belarus for over ten years. She is a passionate advocate for Jewish community, history, heritage and identity. Debra has worked tirelessly to grow The Together Plan in order to give agency to Jewish people coming out of a traumatic past, to empower them and give them skills and self-belief to rebuild and revive. It is Debra’s mantra that together we can make a real and positive difference for a better, stronger and more cohesive Jewish landscape in Eastern Europe and the former Soviet Union.

Artur Livshyts was born in Minsk and spent two years living with a relative in Nashville, Tennessee. It was there, as a child of the Soviet Union, that he discovered Judaism; he studied Hebrew and had a bar mitzvah. It was his first foray into Jewish life. He spent a year living in a boarding school in Israel before returning to Belarus where he completed his education in Minsk, studying Human Rights Law. Having had a taste of Jewish life, he has made it his life’s work to strive for a revival of the Jewish community in Belarus. He met Debra Brunner in 2009 and together, since that time, they have worked to build and grow The Together Plan.