Hebro began as a small gathering of friends on Christmas Eve 2007 and has turned into the largest gay party and event scene for Jews outside of Tel Aviv.

Hebro’s premiere party, the Christmas Eve Jewbilee has grown in numbers, attracting over 1,000 gay Jews at its 2014 event at Stage 48 in Manhattan.

Hebro events & trips have attracted gay Jews from all around the world and fully welcome our gentile friends who love a nice Jewish boy (sensibly termed ‘bagel chasers’).

Hebro has been profiled in Time Out New York, Next Magazine, Gay.net, Jewcy, Logo’s NewNowNext and other national and international publications.

Hebro was established in 2008 by Jayson Littman with the mission of creating a community of gay Jews to celebrate their unique culture and identity. And to husband-hunt. For media or other inquiries, please call us at (212) 316-4838, or email Jayson at info (at) myhebro (dot) com.

Hebro reminds all of you… to call your mother!

Hebro has not posted any current job opportunities. 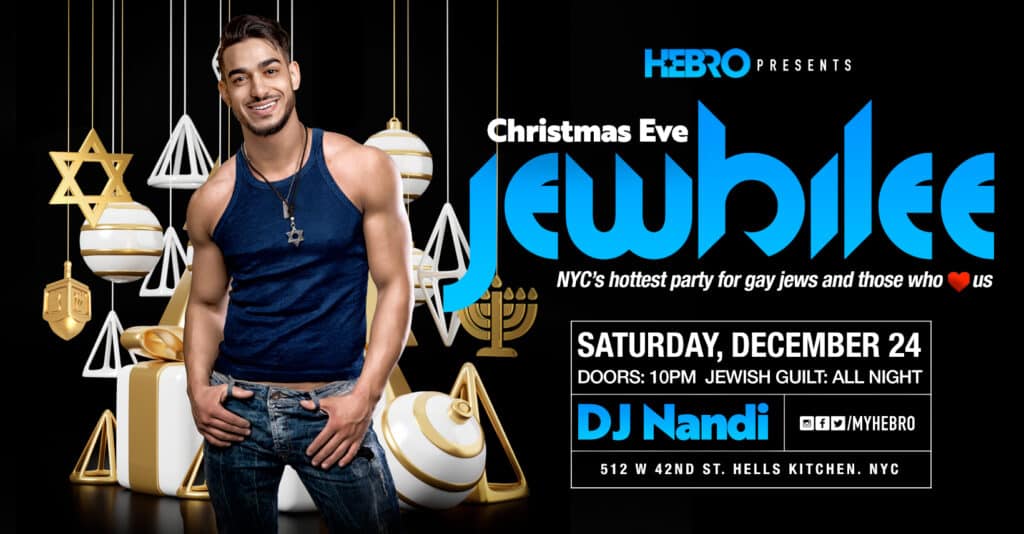