Past and Present of Jewish Romania, from Transylvania with love 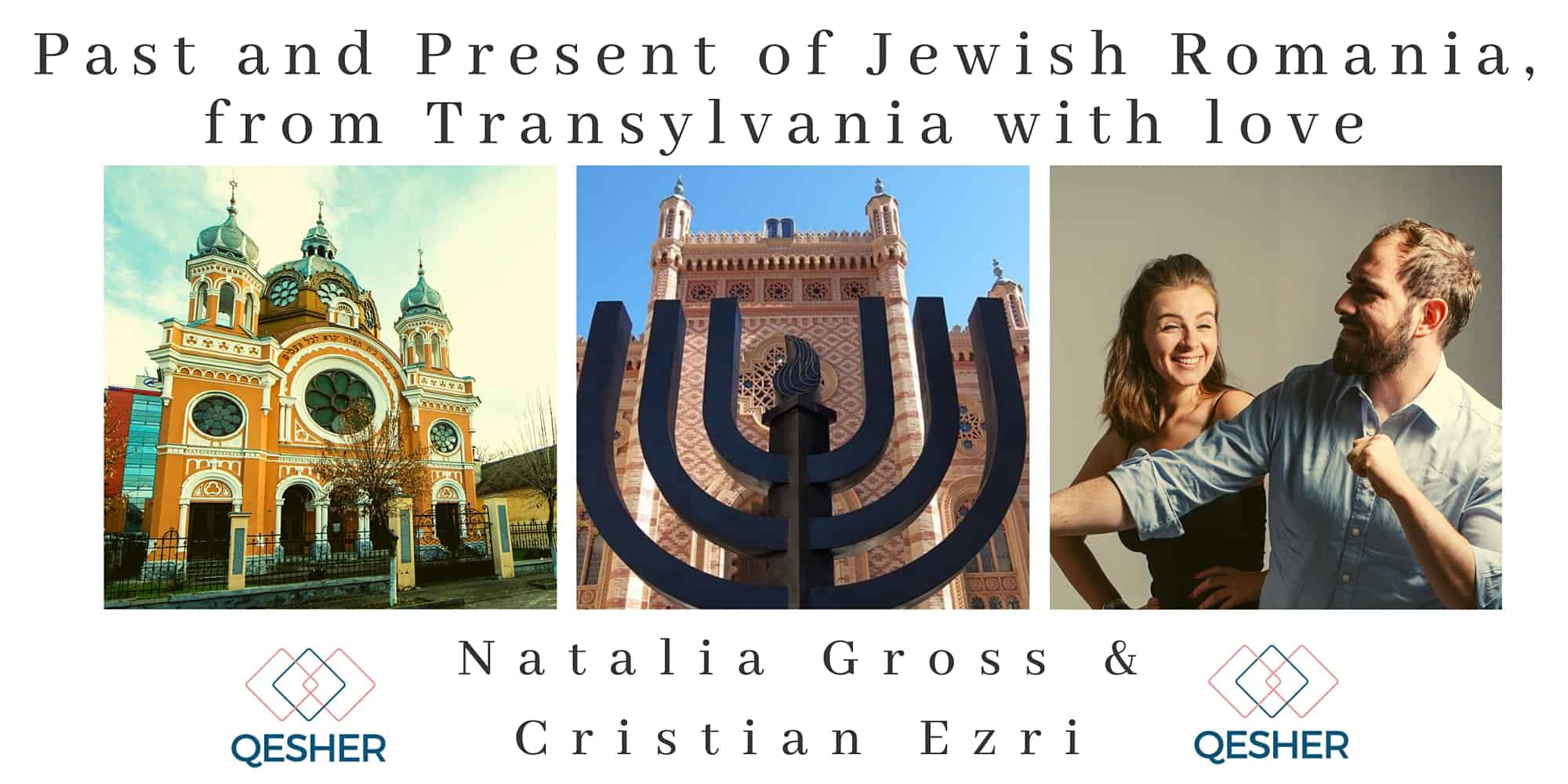 Before the Holocaust the Romanian Jewish Community had a very interesting mix of cultures, traditions and languages, based on the three areas of the country: Transylvania, Moldavia & Wallachia. Find out some of the historical facts and legends of the community, and the eclecticism of the scenery where Judaism could have been long gone. Discover our life story, and our goal to keep Judaism alive in Romania, while being fully involved in the secular society.

With your contribution you will also be donating the Tarbut Foundation, whose goal is to keep alive the memory of the 40,000 Maramures Jews that lived in this Romanian region before the Holocaust. 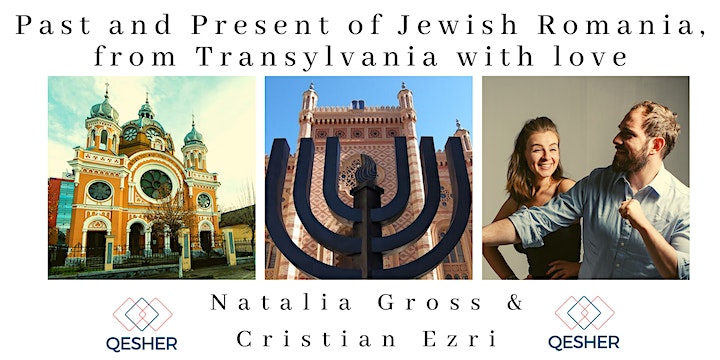 About Natalia and Cristian

Natalia Gross is a PR and Law graduate, Masa & Taglit alumna, currently heading the marketing & communications operations for Knight Frank Romania, Hungary, Bulgaria, Greece and Serbia. Being involved with the Jewish community for many years now, she started as a guide in the first ever Holocaust Museum in Romania (Simleu Silvaniei) and then coordinating JCC activities in Cluj Napoca, the biggest city in Transylvania, while completing her university studies. She has participated in numerous camps as a madricha, both in Romania and in Szarvas (Hungary), and has been an on-going volunteer for most of the Jewish events happening in Romania in the past 15 years.

Cristian Ezri, regarded by some as a citizen of the world, has lived for long periods in Austria, the US and Israel and has worked on short term projects in over 10 Central Eastern European countries. His educational background includes a BA in computer science and an MA in Intercultural Management & Leadership. Currently he works as a banker, and has a long history of involvement with the Jewish community in his capacity as the former president of local Jewish youth movement and founding member & director of the first Jewish Community Center of Romania.